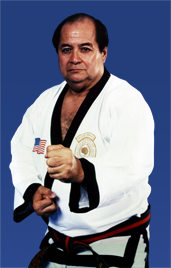 Grandmaster Andy Ah Po is originally a native of the Hawaiian Islands where he began his martial arts training early in his youth. Prior to leaving the Islands in 1959, he studied Kung Fu, Jiu Jitsu, Aikido and Japanese Karate.

The Tang Soo Do Martial Way Association, Inc. (formerly known as the Tang Soo Do Moo Do Kwan Assoc., Inc.) which was formed in 2002 is a private, "for-profit" corporation that is incorporated under the laws of the State of California. The corporate office is presently located in Sacramento, California. The principal shareholder of the corporation is Grandmaster Andy Ah Po.